Gare Maritime is not only a great annual visiting address for residents of Brussels. This covered city is a model of circular construction.

The Gare Maritime is energy neutral, and uses the latest energy technologies and insulating building materials, including WEBO’s Oak Window Frame. As a result, the building maintains a pleasant temperature in both summer and winter. In addition, wood and other materials from the original construction were reused in the renovation and redevelopment of the freight station. The historic steel columns can also still be admired in the end result. This way, minimal waste of raw materials occurred during the construction of Gare Maritime.

LOOK AROUND IN THE BIM-MODEL!

Gare Maritime is one of the biggest wood projects in Europe. Walk around in a part of the BIM-model below! 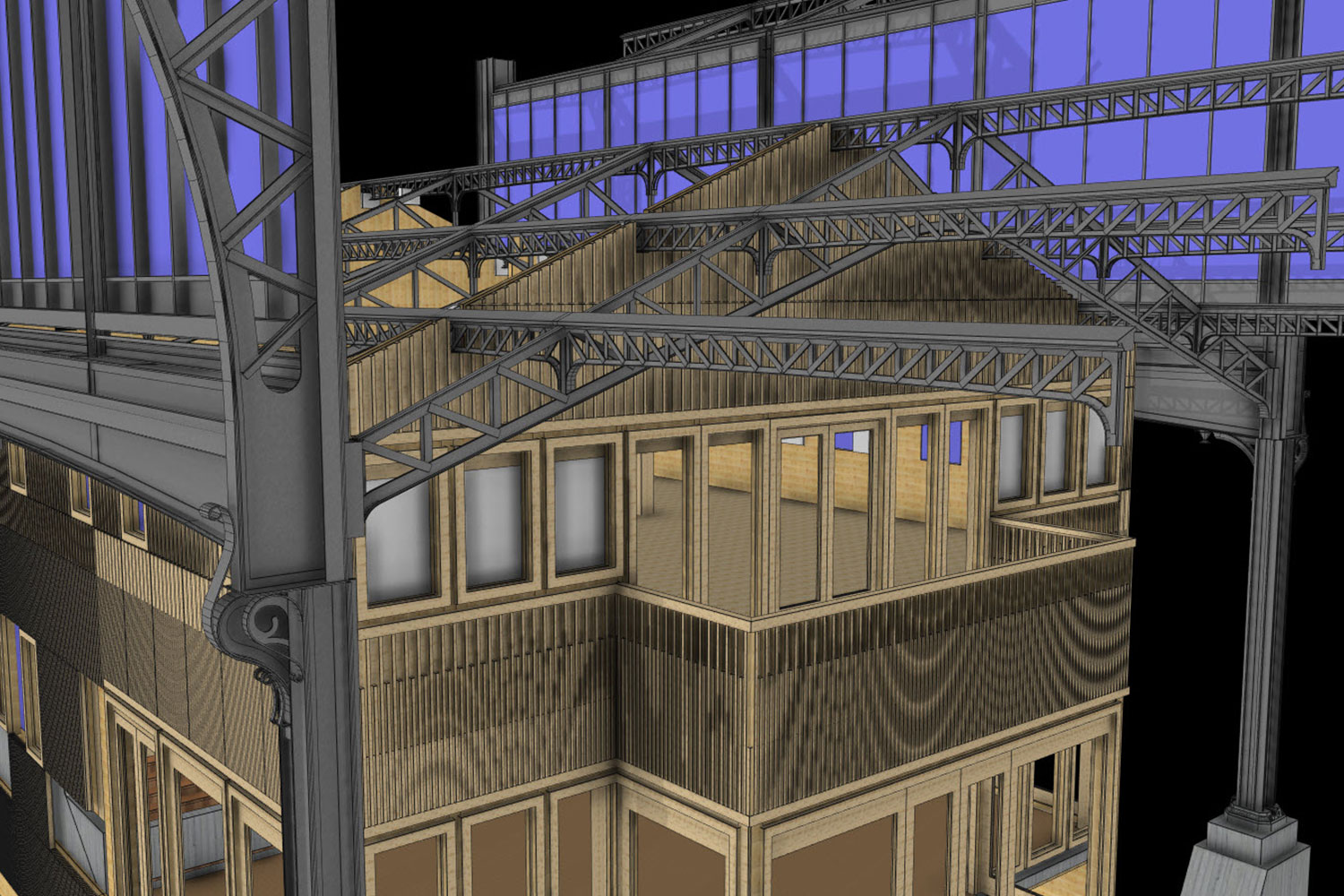 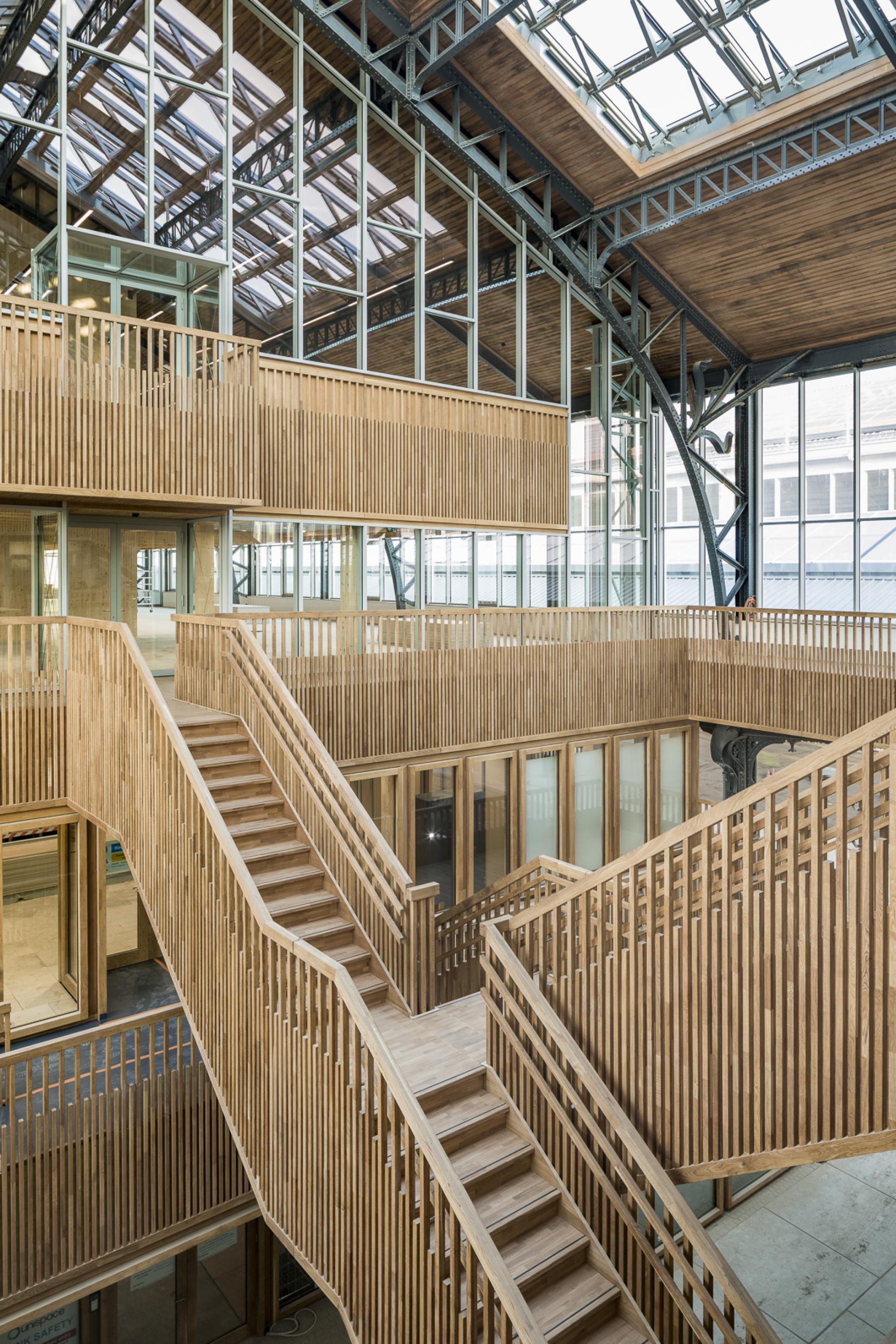 WHERE OLD AND NEW COME TOGETHER

The Gare Maritime is almost done and the result is amazing! The building’s historic charm was preserved while transforming it into a modern, welcoming space for occupants. Next time you’re in Brussels, make sure to visit it.

AN UPDATE FROM BRUSSELS!

The last stage of block 1 of the largest timber construction project in Europe has started! The large window frames and the crossing staircases made out of our oak wood look beautiful and meanwhile the work is continuing at Gare Maritime. The project is halfway there, 9 of the 12 buildings are equipped with oak frames and balustrades! In the video below, the first phases of the completion of such a block can be seen. 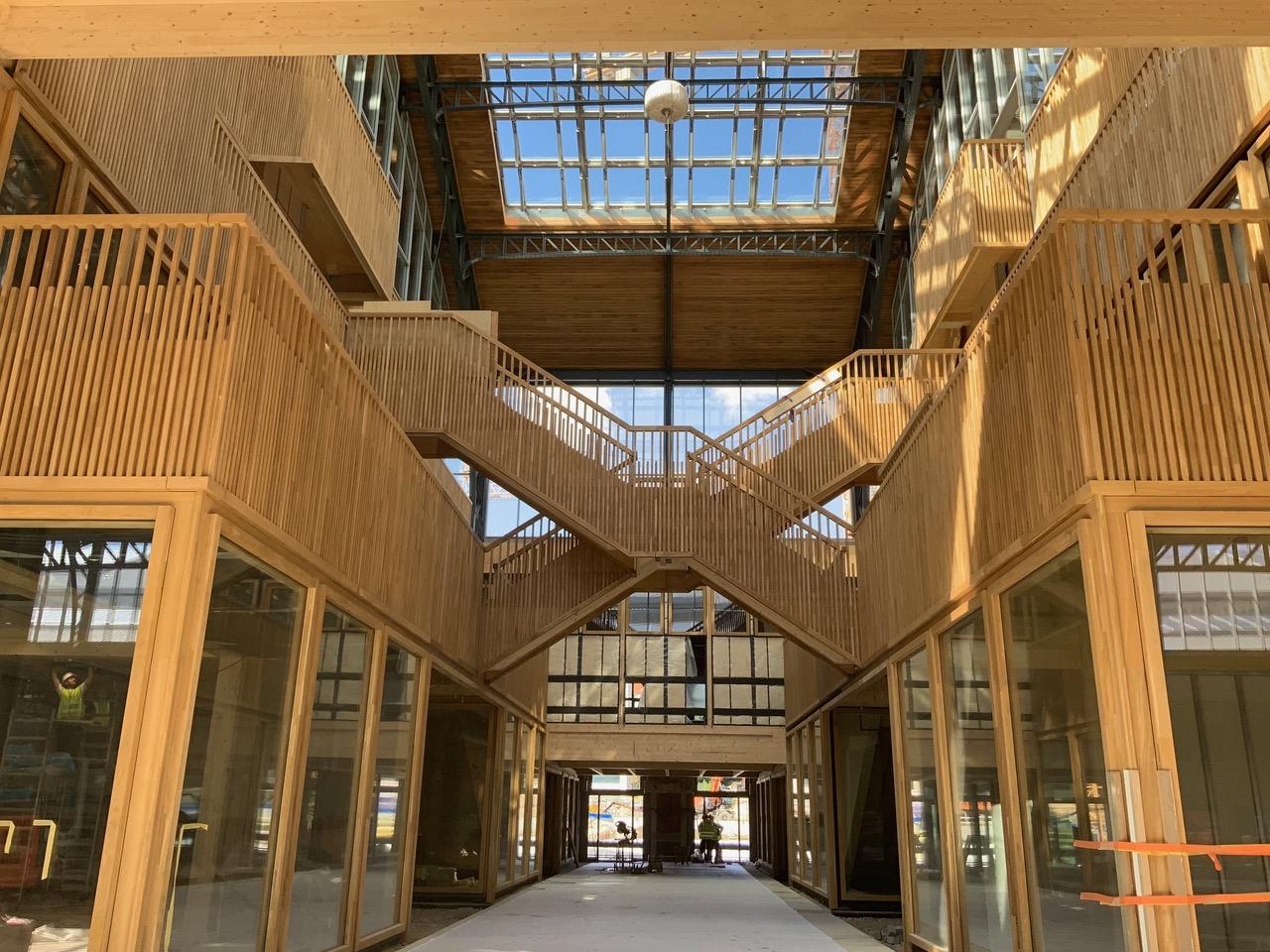 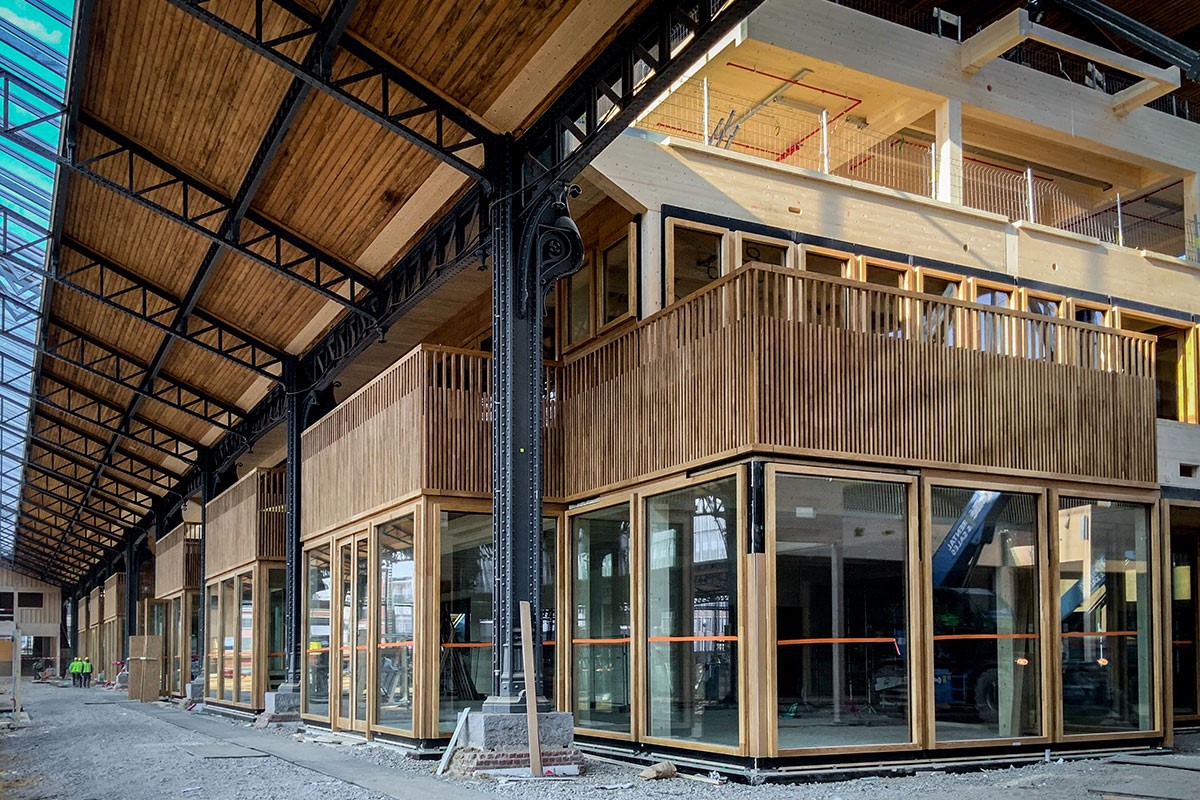 THE FINAL STAGE OF BLOCK 1

The work continues in Brussels! We keep coming one step closer to the end result: a covered city with retail spaces, promenades and restaurants! WEBO supplies the oak frames and balustrades.

In the meantime, five blocks have been assembled with the oak frames and balustrades!

WEBO started the project in 2018 and is expected to continue until 2020. 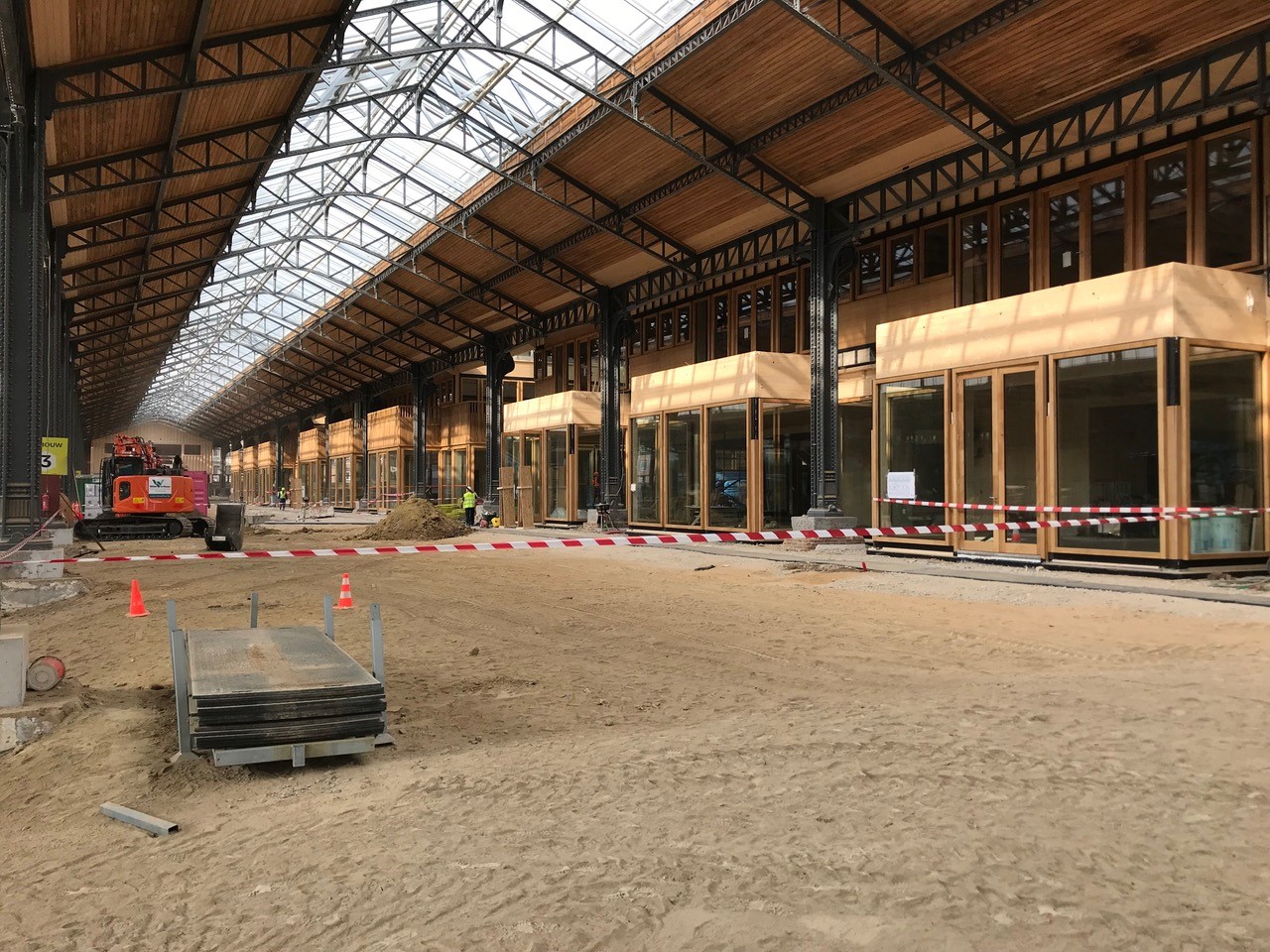 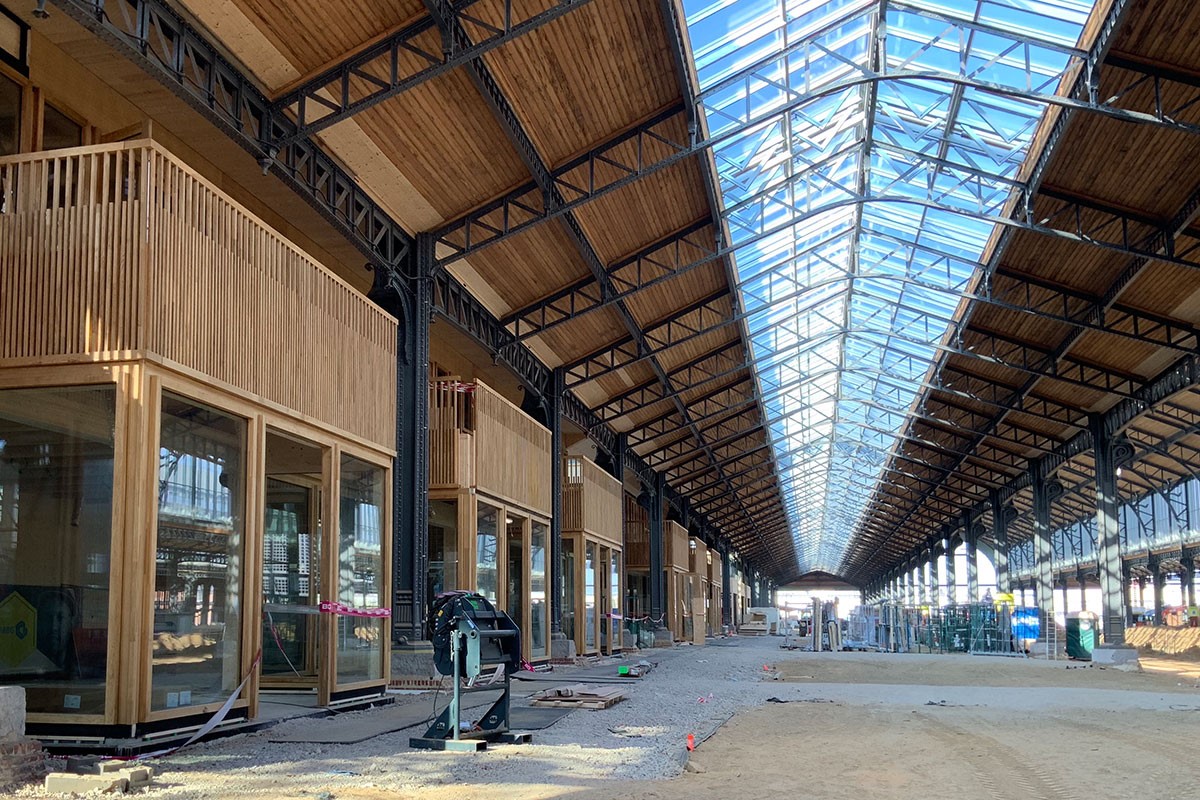 The oak frames and balustrades for the first three blocks of the Gare Maritime project have been assembled and in combination with the roof from 1902, already look amazing!

WHERE OLD AND NEW COME TOGETHER

THE BEGINNING OF A COVERED CITY

We proudly look at the first results of Gare Maritime.

WEBO started the project in 2018 and is expected to continue until 2020. 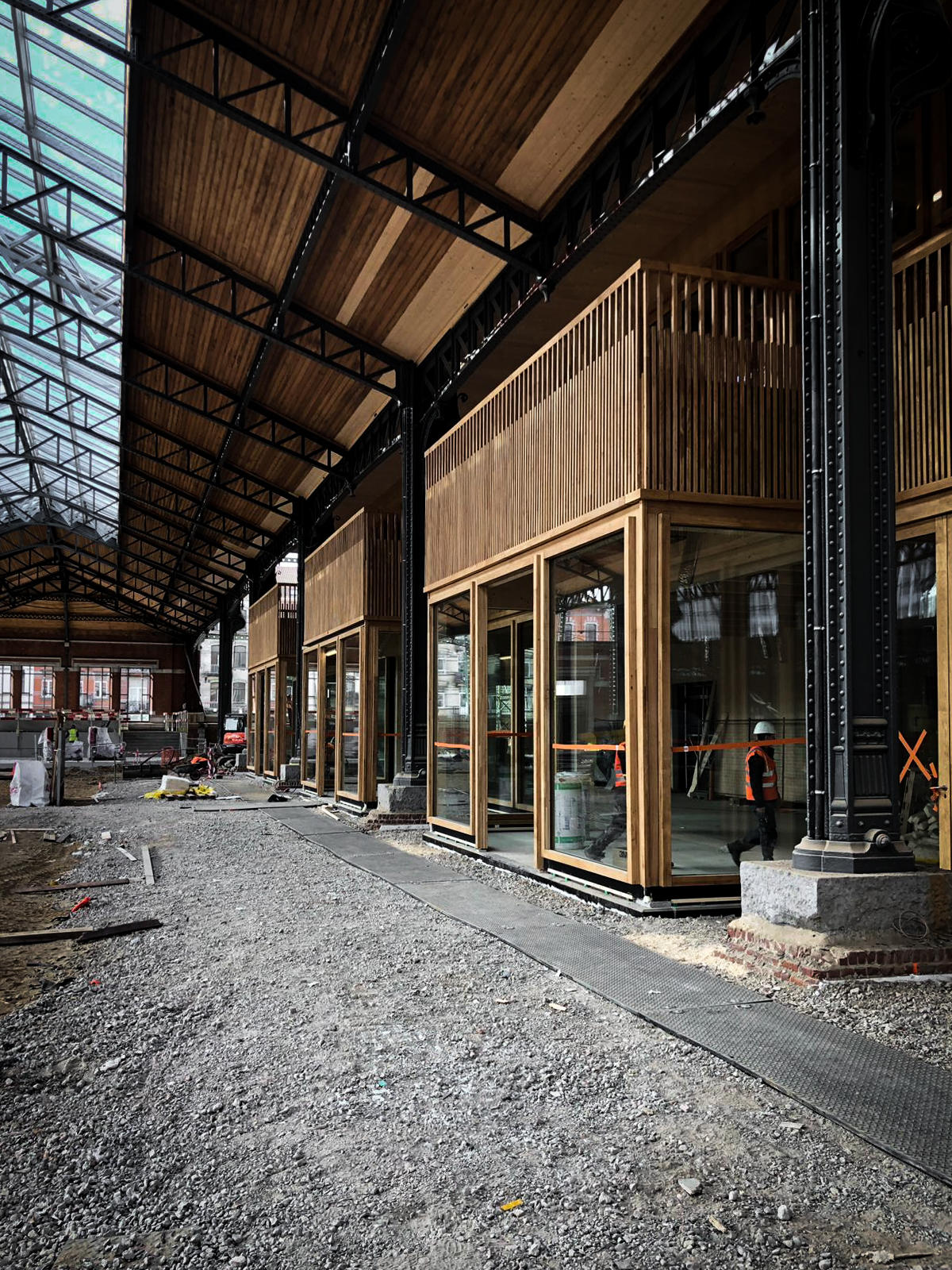 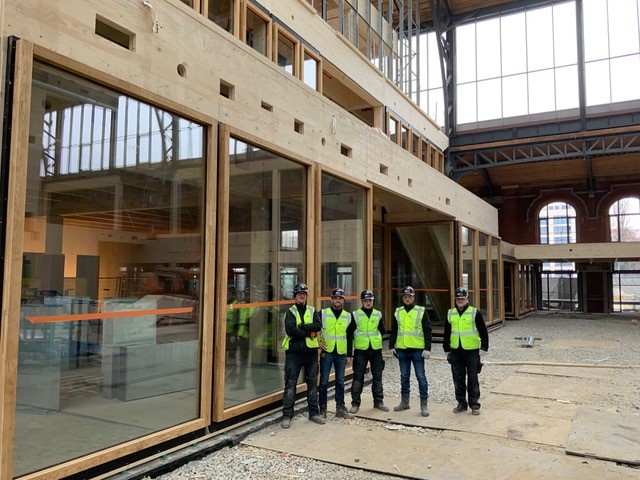 The first frames have been delivered and the assembly has started! The oak frames are professionally assembled with a DRDS-led assembly team.

In the meantime, we have also started to produce the balustrades.

Our colleague Rik Beunk is present in Brussels every week for the BIM & LEAN consultation. The state of affairs is reviewed weekly with all the parties involved. WEBO started the project in 2018 and is expected to continue until 2020. 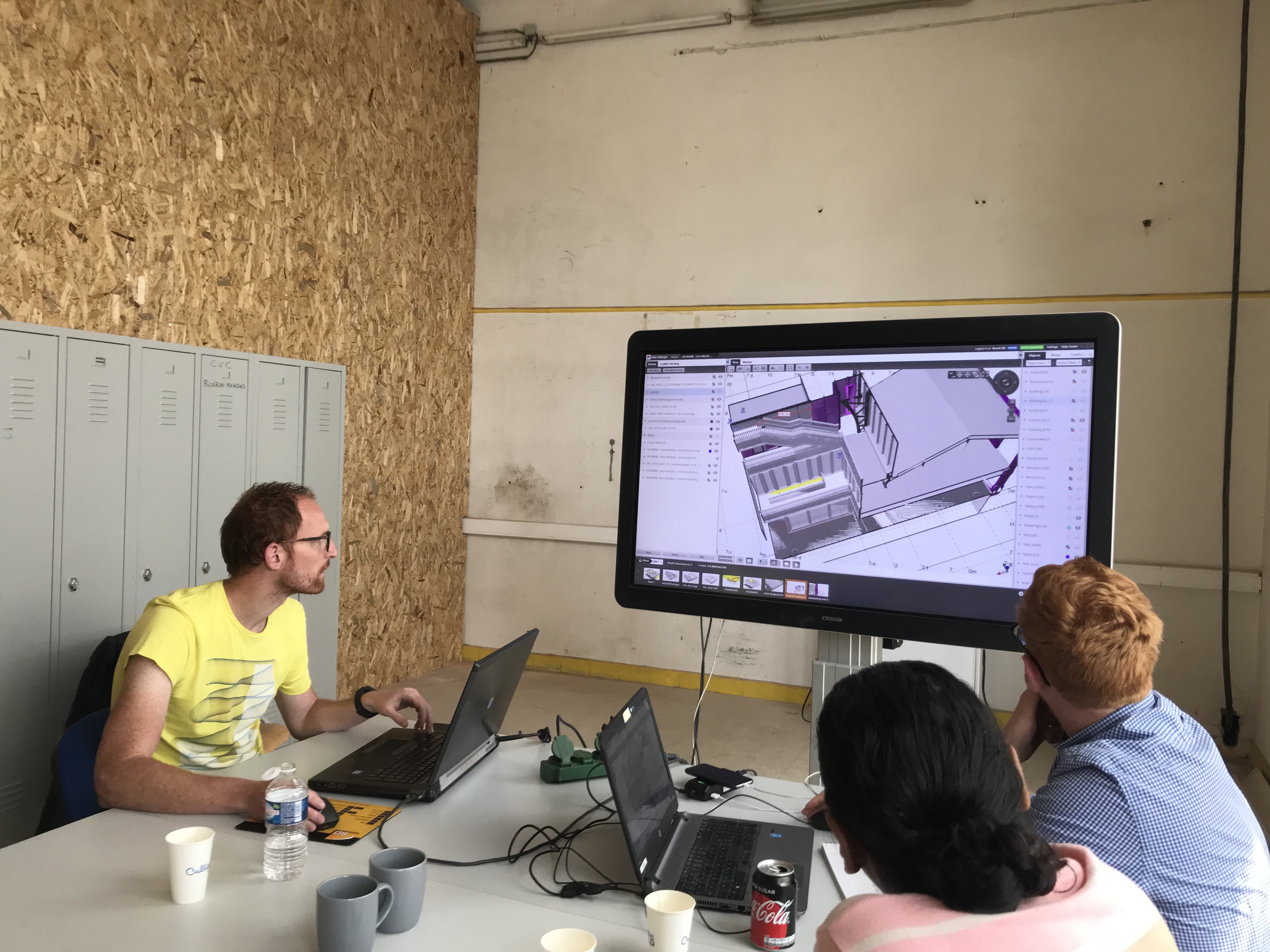 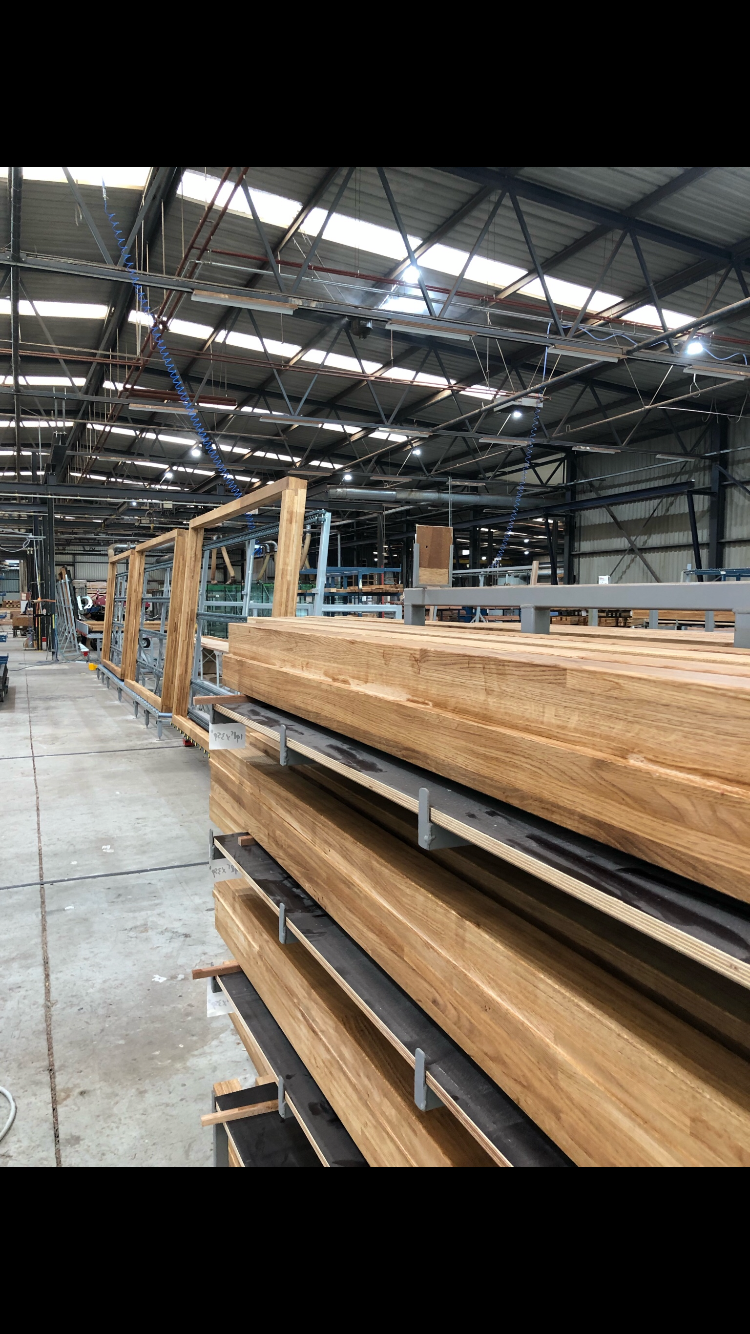 After the mock-up was approved by the architect and client, WEBO started the engineering in BIM and the production of the oak frames and balustrades. In the meantime, several trucks with frames have already moved to Brussels.

WEBO will supply over 2,400 oak frames and balustrades.

That instantly clarifies why WEBO joined this project. The process of engineering the frames and balustrades in BIM, in addition to producing and assembling them, required a deeper business relationship. This relationship allows WEBO to realize its ambitions as a company of inventors. 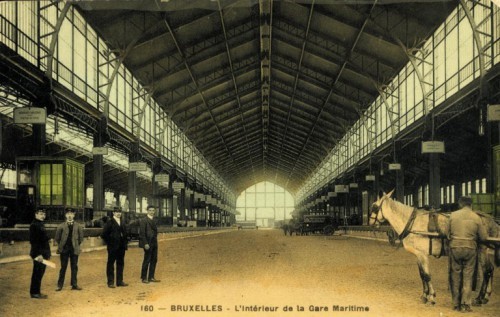 It is no coincidence that the area around the station halls features a lot of water, large warehouses, and wide boulevards. Tour & Taxis is an old section of railway, the name of which can be traced to the von Thurn und Tassis family who had a monopoly on international mail delivery in their day. Until the 18th century, the horses they used to deliver post grazed in these marshes.

In 1902, the area developed into a nexus of freighting where railways, waterways, and roads interlinked. Construction of the goods station took place between 1902 and 1907, and resulted in Gare Maritime becoming the largest goods station in Europe at the time.

The station closed in 1994, and it is currently being renovated to create a market hall bringing luxury and history together.

The Gare Maritime project began with a mock-up, 360 m² in size, which included all aspects of the entire project.

Down the 7m² oak frames. 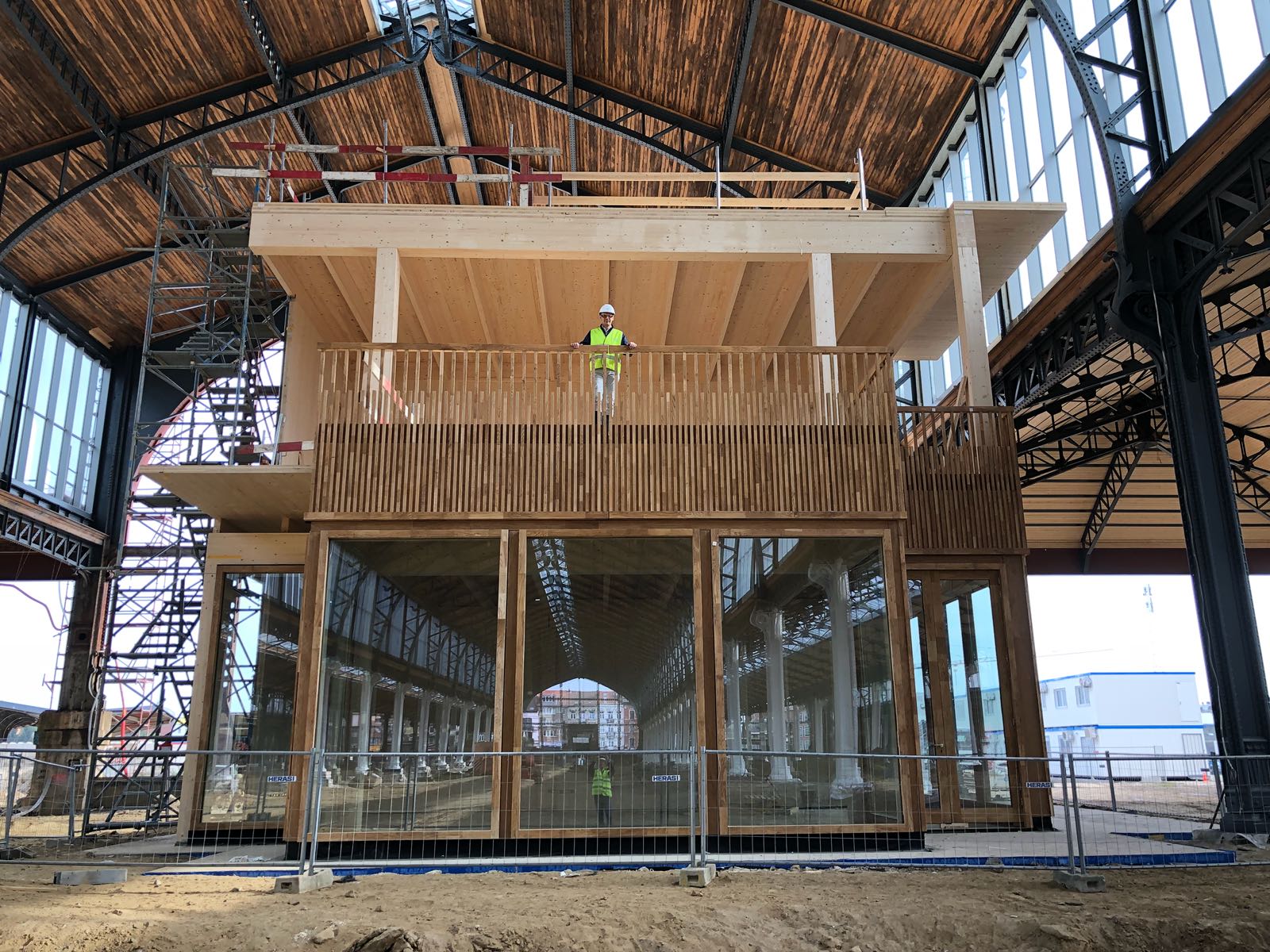 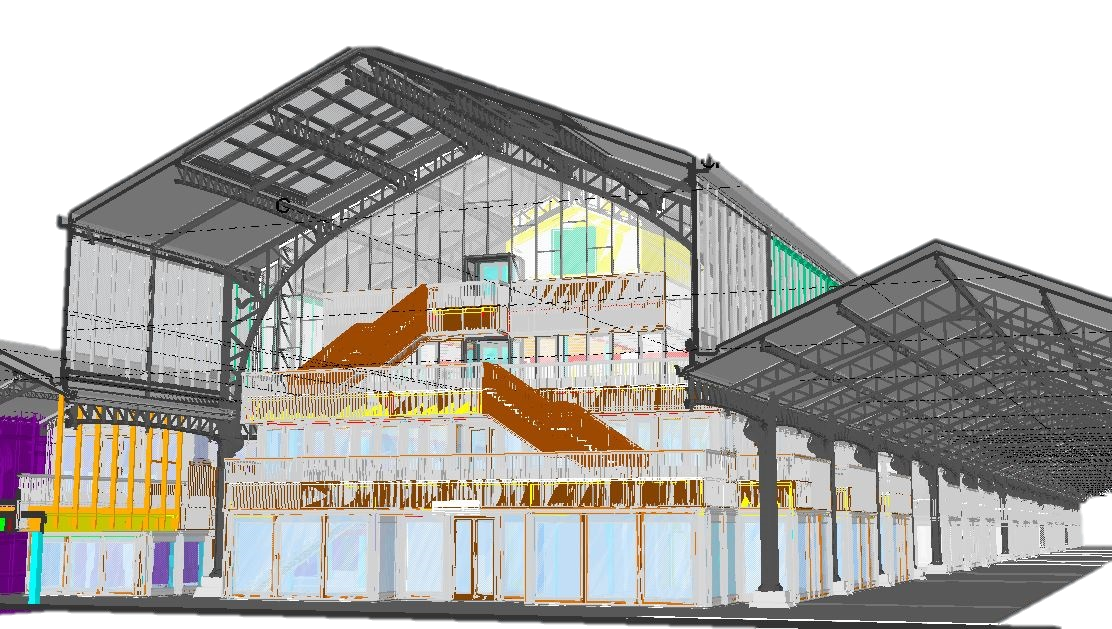 BIM is an essential tool in this collaboration, in which WEBO works with Neutelings Riedijk Architects, MBG, and Bureau Bouwtechniek in a single BIM model. All input for the project, ranging from client input to partner input, is combined in this model.

How it all started

In September 2017, WEBO received a request to submit a tender for the oak frames and balustrades. The WEBO team enthusiastically took up the task and spent a year developing it.

Neutelings Riedijk Architects are the architects of the Gare Maritime project. They had previously designed the Stadhuiskwartier Deventer (Deventer City Hall complex) for which WEBO supplied the oak frames of both the interior and exterior areas.

MBG and WEBO signing the contract is definitely worth a selfie… 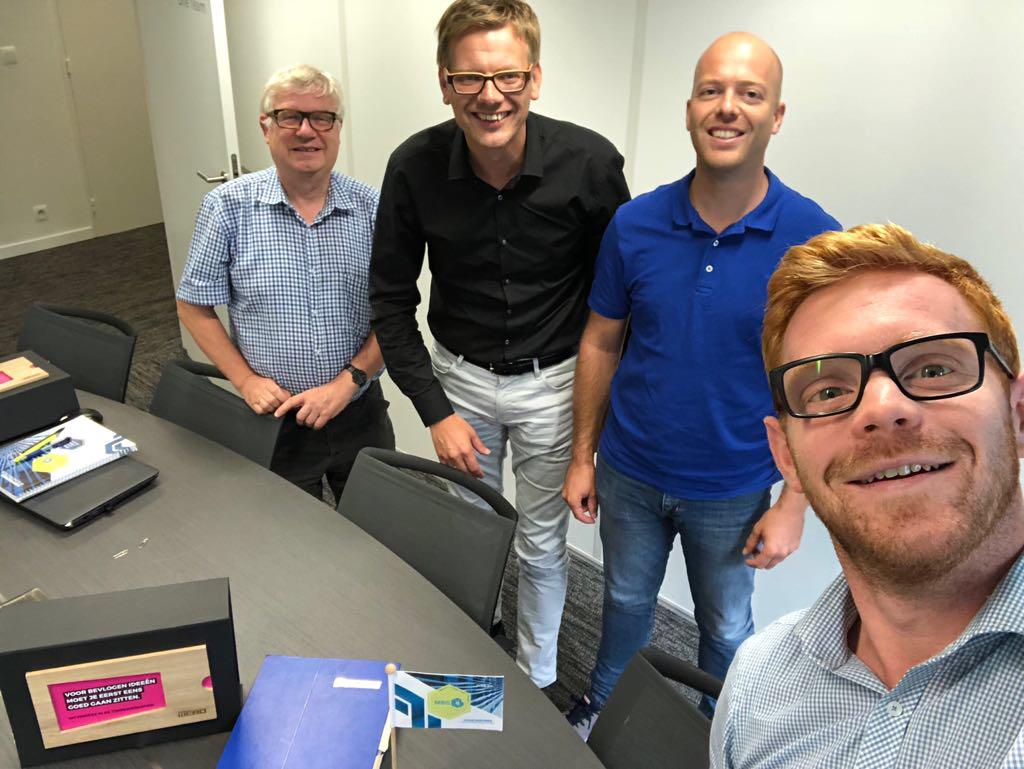 Gare Maritime, a new start to a beautiful journey